← more from
Styles Upon Styles

Locals // If You Swim Far Enough 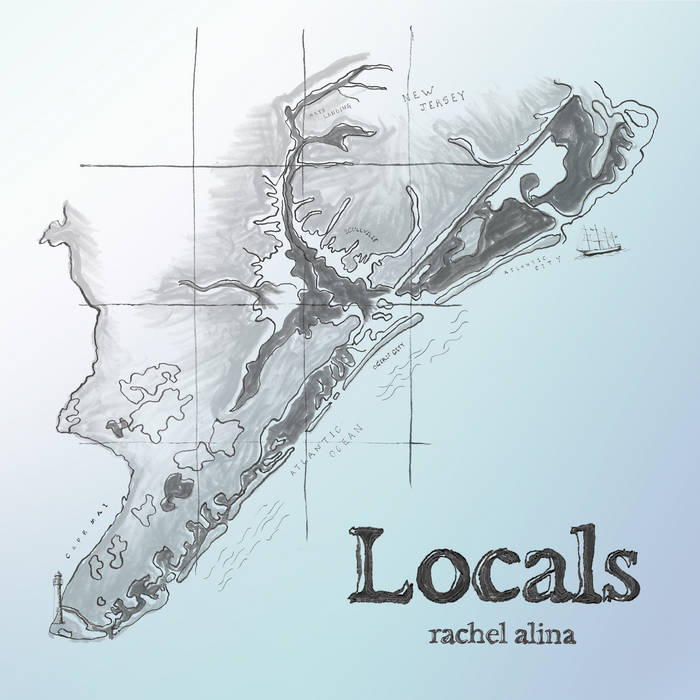 With stalwart earnestness and sun-and-salt-dried nostalgia, Rachel Alina, a Styles Upon Styles family mainstay and talented recording and mixing engineer for some of the label’s most-respected releases, muses on her own professional and artistic genesis with the publication of Locals. Melding poetic form with illustration — and accompanied by a rerelease of an early collaborative project with musician Birdie Busch — Locals foregrounds the characters who shape subjectivity, a bildungsroman built in reverse, from the periphery in.

Alina, born and raised in Ocean City, New Jersey, takes the reader on a rambling journey down the boardwalks and bleached-out side streets of her south shore hometown, beginning and ending at its musical secret, Scullville Studios, managed by Jerry Klause and on property owned by Herb “Bubba Mac” Birch.

Jerry and Bubba; Lee, Ivan, Tucker, and Shelly — no matter the town, this industry is run by the men who hang around — the townies, the locals. With caution, they let Alina into their inner circle and teach her to mix records. Many storied musicians pass through Scullville’s doors — Levon Helm refers to her as “the only one/who knows/how to mix/at Bubba’s” — and Alina becomes a part of its fabric, but always at a remove. She is often reduced to and referenced as “that girl.” Yet Alina’s framing is never jaded; it is fond and empathetic and kind. The locals are all people, navigating the breakwaters together.

Birdie Busch’s arrival at Scullville marks a turning point for Alina, as the two build a lasting and intimate friendship, solidified in a one-room, one-take experimental demo that serves as the tonal complement to Locals. Female friendships sustain and lift, an emotional undercurrent that Locals celebrates quietly.

For Styles, Alina’s work presents itself as an opportunity not only to demarcate an important time in music history and to support the multidimensionality of an artist who has been integral to the label — Alina has mastered and mixed the majority of Styles’s releases over the past three years, including the most recent King Garbage, Rosehardt, and Gabriel Garzon-Montano records — but also to fashion a counternarrative of the women artists so often relegated to the edges. In this vein, Styles has commissioned Ashley Smestad Vélez, an art director for legacy print media and a recurring Styles collaborator, to create a series of hand-drawn, companion illustrations for Locals, an opportunity for Vélez to re-engage with her own artistic practice.

In Locals, Alina sees each character and artist in their entirety, clearly and compassionately, and builds a collaborative work that projects her vision into one for the industry at large.

Published by Styles Upon Styles, Inc. with love.
www.susrecords.com

We hope you listen to Busch’s music alongside this text. Like Vélez’s illustrations, If You Swim Far Enough offers an alternative perspective to Alina’s work, and is an integral complement to the text.

Coming out of what could be called a veritable renaissance that has put Philadelphia back at the top of the list of America’s music capitals, Birdie Busch joins other talented locals and partners in crime that seeks to make great music, inspire people, and see what happens. ... more

Bandcamp Daily  your guide to the world of Bandcamp